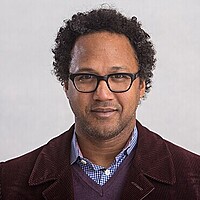 Please join us on Friday, April 9, 2021, at 3:30 p.m., for a virtual colloquium given by André Fenton, Professor of Neural Science, New York University. Title/abstract are below, and Zoom details will be provided at a later date.

Title:  Memory, Learning to Learn, and Control of Cognitive Representations

Abstract: Biological neural networks can represent information in the collective action potential discharge of neurons, and store that information amongst the synaptic connections between the neurons that both comprise the network and govern its function. The strength and organization of synaptic connections adjust during learning, but many cognitive neural systems are multifunctional, making it unclear how continuous activity alternates between the transient and discrete cognitive functions like encoding current information and recollecting past information, without changing the connections amongst the neurons. This lecture will first summarize our investigations of the molecular and biochemical mechanisms that change synaptic function to persistently store spatial memory in the rodent hippocampus. I will then report on how entorhinal cortex-hippocampus circuit function changes during cognitive training that creates memory, as well as learning to learn in mice. I will then describe how the hippocampus system operates like a competitive winner-take-all network, that, based on the dominance of its current inputs, self organizes into either the encoding or recollection information processing modes. We find no evidence that distinct cells are dedicated to those two distinct functions, rather activation of the hippocampus information processing mode is controlled by a subset of dentate spike events within the network of learning-modified, entorhinal-hippocampus excitatory and inhibitory synapses.