Please join us for a talk given by Silvia Pellegrini, Associate Professor in the Department of Clinical and Experimental Medicine at the University of Pisa. 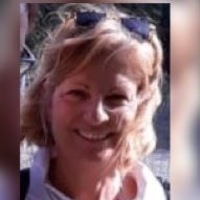 From genes to the environment ...and back: the case of aggressive behavior

To what extent is human behavior, and specifically aggressive behavior, inherited? Over the last decades, studies in twin and adoptees, and then molecular genetic studies, have produced a growing amount of data indicating a strict interplay between some genetic variants and negative childhood environments in the modulation of human aggressive behavior. In my talk I will briefly review the main scientific findings about five extensively studied polymorphisms: MAOA-uVNTR, 5HTTLPR, COMT Val158Met and DRD4-VNTR and SNP, and their association with antisocial impulsive behavior in case of negative environmental influences. I will also present preliminary data obtained by our group in the study of contemporary and “ancient” criminals and their recent implications for the forensic and legal context. Finally, I will discuss a novel proposed hypothesis that describes these “risk-genes” as "plasticity" rather than "vulnerability" genes. That is, these genetic variants would influence the individual susceptibility to both negative and positive environments. This theory supports a non-deterministic concept of behavior and opens up to new possibilities of intervention to rehabilitate convicted people.