Please join us for a talk given by Dr. Bita Moghaddam, Professor of Behavioral Neuroscience, Oregon Health and Science University. 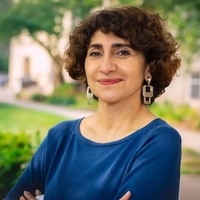 Translation of anxiety into actions by prefrontal cortex neurons

Abstract: The prefrontal cortex (PFC) has been dubbed the “doer cortex” with a primary role of representing and selecting purposeful actions. In the context of psychiatric disorders, much of the neuronal data and computational work on the PFC encoding of behavior focuses on the representation (or perception) of internal and external events that precede these actions. We have been interested in the encoding of goal-directed actions per se by PFC neurons and how it is affected by anxiety. The focus on anxiety stems from the fact that its relevance to mental health extends well beyond anxiety disorders. Critically, anxiety is a debilitating symptom of most psychiatric disorders including PTSD, major depression, autism, schizophrenia and addiction. Anxiety is often studied as a stand-alone construct in laboratory animals that focuses on fear responses. But in the context of coping with real-life anxiety, its negative impacts extend beyond aversive feelings to involve disruptions in ongoing goal-directed behaviors and cognitive functioning. I will present data from two distinct models of anxiety that allowed us to perform ensemble and local field potential recordings during reward-guided goal-directed behaviors. We find that anxiety diminishes the recruitment of action encoding neurons and the coordinated activity between PFC and dopamine neurons. These results provide mechanistic insight for how anxiety diminishes rule-based guidance of behavior and single out encoding of actions, as opposed to cues or outcomes, by PFC neurons as particularly vulnerable to anxiety.