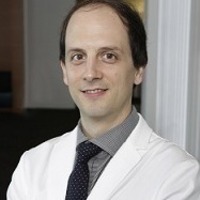 Please join us in Moore BO3 on Friday, September 20, 2019, at 4 p.m. as our Koehler Lecturer, Ueli Rutishauser, Associate Professor of Neurosurgery, Neurology, and Biomedical Sciences Center for Neural Science and Medicine at Cedars-Sinai Medical Center, presents "Probing the Mechanisms of Episodic Memory at the Single-Neuron Level in Humans."

Abstract:  The declarative memory system is a critical part of human cognition, but the underlying mechanisms remain poorly understood. We are utilizing in-vivo extracellular recordings of neurons in humans undergoing neurosurgical procedures to developing a circuit-level understanding of human memory. I will describe two functional cell types in the human hippocampus that we have worked on, visually-and memory selective neurons (VS and MS cells, respectively). VS neurons are tuned to high-level concepts, are sensitive to attention, and their activity forms attractors through persistent activity over several seconds while stimuli are held in working memory. MS neurons, on the other hand, signal whether a stimulus is novel or familiar, a property that changes after a single learning trial. VS cell activity is insensitive to declarative memory strength (assessed by confidence ratings), whereas the activity of MS cells that follows 180ms later is. This suggests a theta-mediated memory retrieval process. Simultaneously, we recorded cells in medial frontal cortex (MFC) to investigate the mechanisms by which hippocampal-dependent memories are translated into decisions. We found memory-based choice cells whose activity signaled only choices that depended on declarative memory but not other choices. MFC choice cells transiently phase-locked to hippocampal theta in a task-demand dependent manner. This work reveals single-cell correlates and their theta-mediated interaction of three aspects of human declarative memory: semantic memory (VS cells), episodic memory (MS cells), and memory-based choices. These findings are starting to suggest specific interventions that might constitute treatment targets for memory disorders.